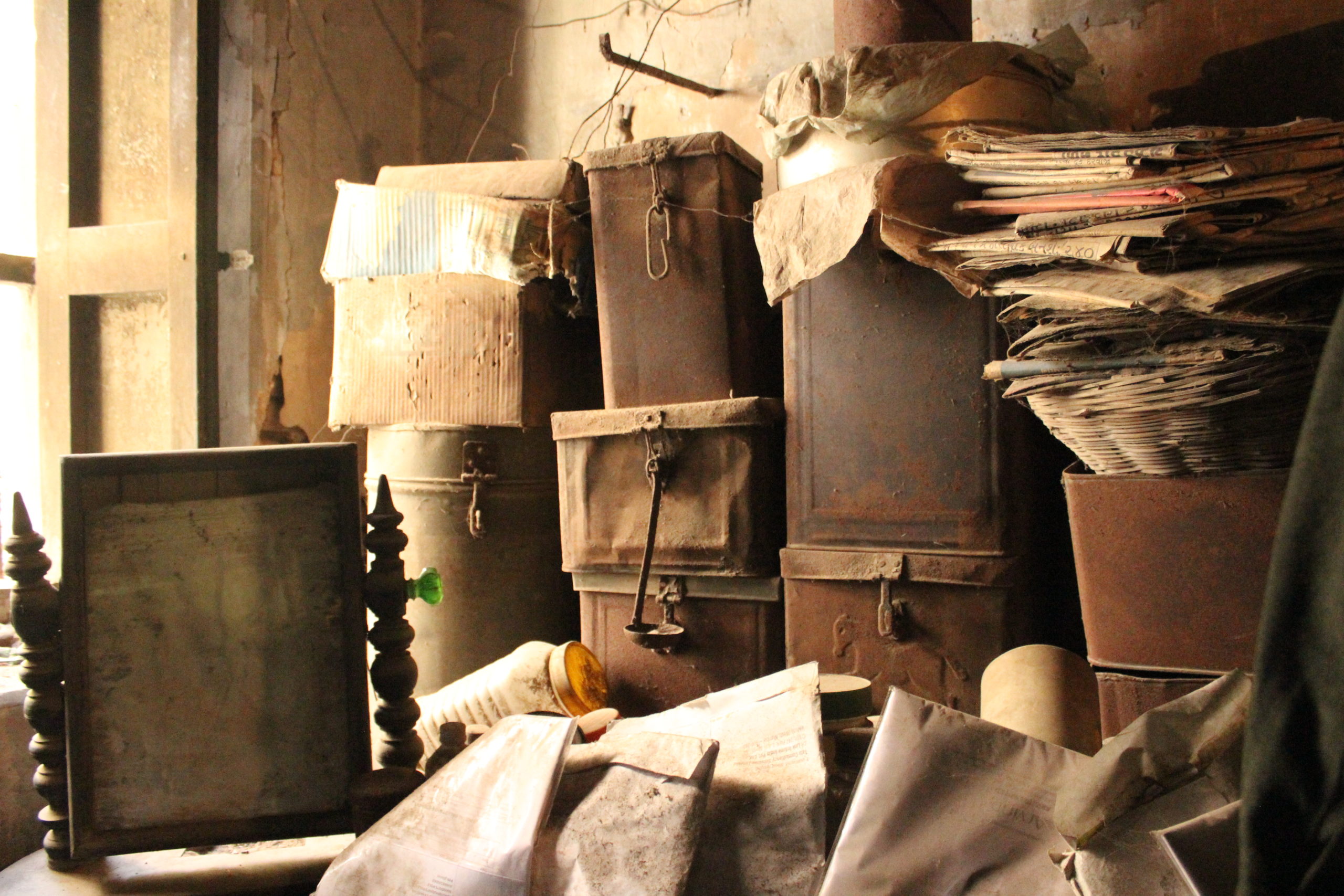 July 19, 2020
Ahmedabad, Gujarat
Photo stories
Virendra Jayantilal Fadia is retired and lives in his ancestral home, surrounded by material objects that remind him of his loved ones with whom he once shared this space
Student reporter: Urmika Wadhwa

Virendra Jayantilal Fadia was a textile worker for over 25 years. He worked in one of the many textile mills for which Ahmedabad is famous. He is retired now and lives on a pension of Rs. 600 a month in his ancestral home in Manek Chowk, a crowded part of the old city.

His house is mostly made with wood and he estimates it to be at least 300 years old. It has two rooms and an outer closet-like storage space. The building has six floors and a wooden staircase leads to the apartments above. It is part of a ‘pol’ or cluster of interconnected houses that form a housing society – a  huddle of homes. Pols are reputed to be connected through hidden passageways and there are estimated to be over a hundred pols with different khachos (streets). On one such khacho – Nawab nu khacho – is his home.

Virendra bhai grew up in this house and lived here with his parents and two older sisters. His father had migrated to Ahmedabad from rural Gujarat to work in the textile mills. Virendra bhai is the only surviving member of his family. His relatives from the village write to him, or sometimes try to call him, but he says he doesn’t like to keep in touch and doesn’t respond to their letters and notes.

He has a fixed daily routine: he cooks and eats breakfast, heads out to the temple, and then goes to the library. He returns home in the afternoon and in the evening he prepares his dinner. He can’t remember the last time anyone, including his relatives, came to visit.

At the age of 63, Virendra bhai has survived the passing of his parents and both his elder sisters. His home is crammed with household objects and other odds and ends, each one serving as a reminder of an earlier time when he shared this space with people and not things.

Urmika Wadhwa is doing a second master's in Film and Video Communication at the National Institute of Design, Ahmedabad. She has a master's degree in Sociology and a bachelor’s degree in English. The PARI ‘open elective’ workshop encouraged her to explore the ‘everyday lives of everyday people’, and document them. She says, “Sainath gave us a thorough grounding in the ethics and principles of rural journalism which helped me go out and research this piece.”