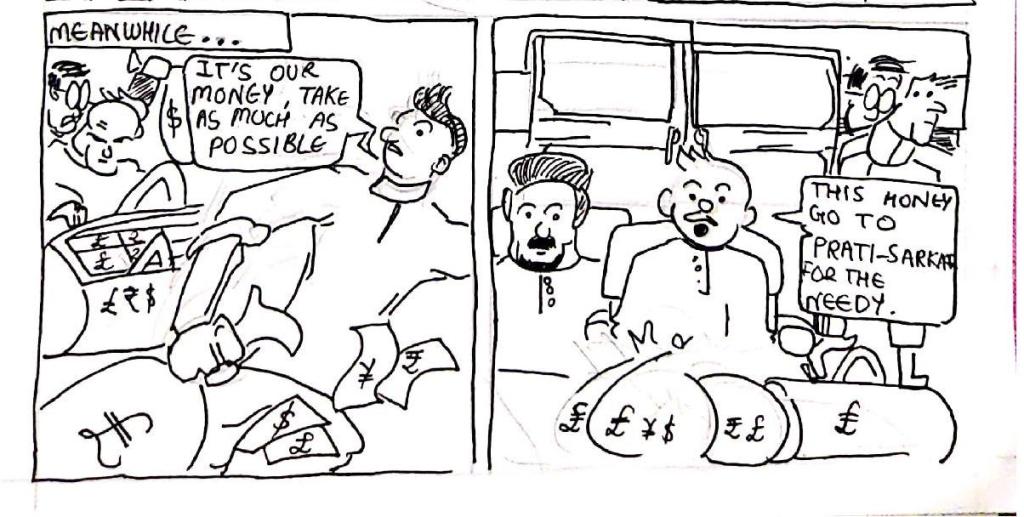 This short ‘Toofan Sena’ comic relates the daring exploits of Captain Bhau – a forgotten hero of India’s struggle for freedom. It was inspired by P. Sainath’s story, ‘Captain Elder Brother’ and the whirlwind army that fills us in on the Captain’s stellar role in the 1943 anti-British Raj uprising in Satara, Maharashtra.

Rahul Ramanathan is a student of Class 8 at Anand Niketan School (Satellite) in Ahmedabad. He says: “I enjoy Tintin and RK Laxman’s ‘Common Man’ series, and I drew on them to create this comic using only a black gel pen.”

His short comic was inspired by P. Sainath's story ‘Captain Elder Brother’ and the whirlwind army that was published in PARI on September 30, 2016.