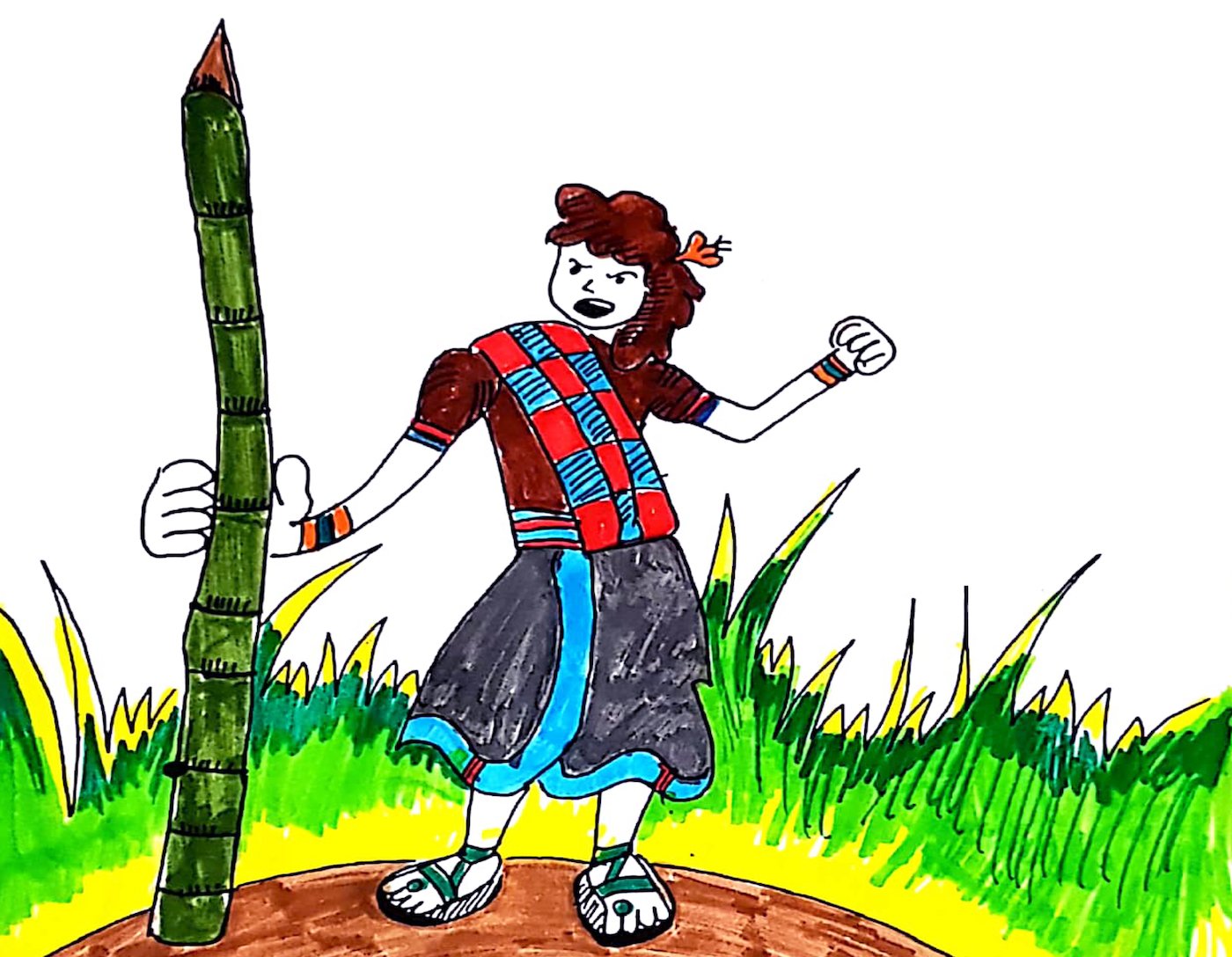 In 1930, a 16-year-old Adivasi girl, Deimathi Dei Sabar, led an uprising against the British in Saliha village in what is today Odisha’s Nuapada district. P. Sainath’s When ‘Salihan’ took on the Raj tells her story.

In 2019, inspired by this, a 13-year-old schoolboy Rahul Ramanathan, retells her story in pictures in a PARI book.

Rahul Ramanathan was a Class 7 student at Anand Niketan School (Satellite) in Ahmedabad when he created this comic inspired by P. Sainath's story When 'Salihan' took on the Raj. He was drawn to the fact that Salihan used weapons like a bamboo stick to strike terror and he wondered why there weren't more stories on Independence like Salihan's for students like him to read. He used a black gel pen and pencil to draw out the graphic sequences and colour pencils and felt pens for the cover illustration. Rahul added a chicken and pig as recurring motifs to symbolise how, as he says, “things change and how they still remain the same”. Since this story was published, he has been working on creating comic books to showcase lesser-known freedom fighters.

This article was originally published on the PARI website on April 4, 2019.